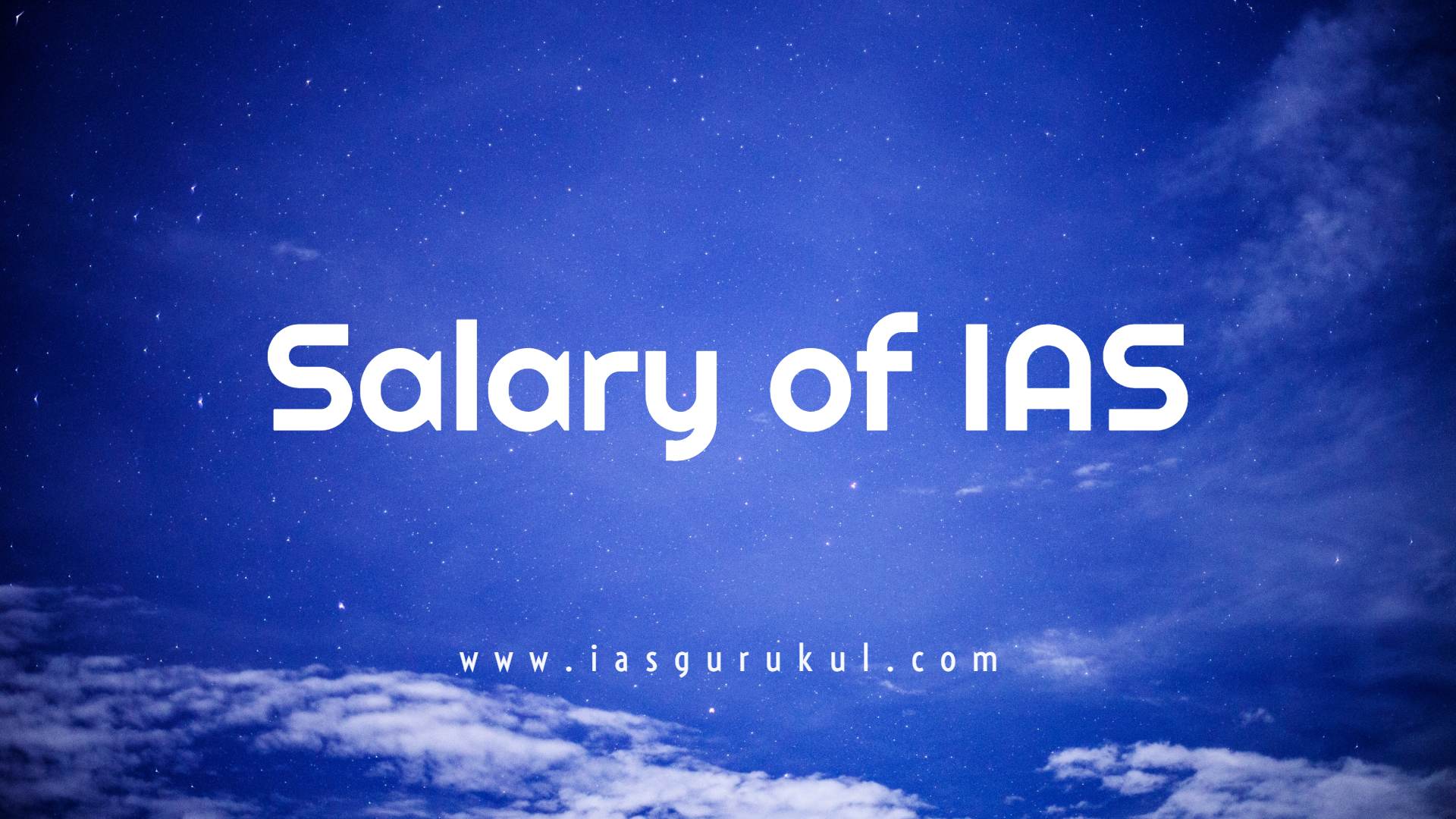 IAS offices are recruited under Grade A payment structure as a Gazetted Officer. Entry of IAS officers is at level 10 pay which amounts to Rs. 56,000/-. When other allowances such as TA, DA and HRA are added to this, the total received money by an IAS officer is around Rs. 70,000- 1.5 lakh per month.

Salary of IAS is fairly attractive in comparison to other government services. Apart from the salary, one receives several perks that enable one to lead a dignified and comfortable life. IAS is one of the most dignified, prestigious and responsible of the government jobs.

In this article we are going to tell you everything in detail about the salary of IAS and other perks and payments received by an IAS officer.

Salary of IAS during Training:

The offices are recruited under grade A payment structure as a Gazetted Officer. Entry of IAS officers is at level 10 pay structure which is Rs. 56,000 to 1.3 lakh and other allowances. Other allowances such as TA, DA and HRA are added over this, which makes it around Rs. 70,000- 1.5 lakh per month.

By the time one reaches near retirement, salary increases to 2.5 lakh per month along with an increase in the number of facilities and perks.

Other perks of IAS:

You get a government quarter, a vehicle, guards and house help on joining. It keeps increasing according to promotion. Most of the travel expenses are borne by the government and Accommodation is arranged by the department in-charge mostly at the district headquarter at the government expenses.

Remuneration is provided for maintenance of furniture and the quarter.

Being at top you always know where to send your kids and other acquaintances for better social mobility. You always have a good chance of getting things of your choice.

Being an IAS officer is much more than just the Salary & Perks:

Respect and prestige in the society gives you and your family a sense of pride, which is satisfying in itself. Along with social mobility, prestige, honour and dignity also comes the pleasure and opportunity to serve fellow countrymen. Most youngsters join the service to serve the most deprived and marginalised and with the aim to pave the path for better future and sustainable tomorrow. Salary is secondary in most cases. It is this immense honour which makes youth with more earning capacity to choose this job. An honest IAS officer can make a society very progressive and prosperous.

Along with pension according to your post at the time of retirement, you are a person of immense importance and experience too, which helps you to get selected as Chairperson of commissions , departments , public services institutions or other eminent top positions which the government considers you eligible for.

Salary of IAS is sufficient to sustain basic needs such as health, education and travel with family. IAS Salary and perks enables one to maintain an upper-middle class standard lifestyle. However, there are also many examples who are behind bars for possessing inappropriate assets and wealth by misusing the power ascribed to the post. Honesty is the best 'patriotic act' in contemporary times.

How to prepare for sociology optional

Why to choose Sociology optional

For quick enquiry Please fill out The Form